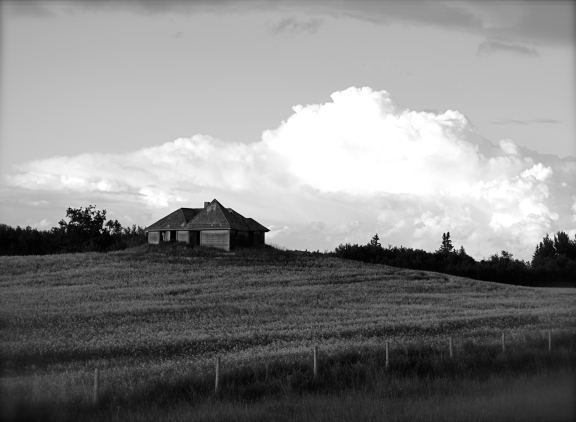 This is not a play. This is a house.

Sound the trumpets! After five years spent completing a BFA in Theatre Performance and four more years performing in and writing plays, I think I have finally figured out what a play is!

A famous question theatre artists are told to ask themselves when they decide to produce, direct, or write a piece of theatre is “Why this play? Why now?”. When writing a play, that question can be extended to also ask, “Why is this story a play? Why is it not a work of fiction, or a poem, or a film script?”

For the most part, I can never quite articulate why this play, why now. I think the point of the question is the struggle to answer it–struggle that informs the work I’m doing and helps to imbue it with urgency and intention. Unless I work on a directly topical piece of theatre, I will never have a completely satisfactory answer to this question, and I am satisfied with that.

But when it came to the question of why any particular story was being written as a play, my answers used to be something along the lines of, “Because I’m writing it as a play” or “Because I have more experience with theatre than with any other genre” or “Because I was asked to write a play.” These are terrible answers. They are nowhere close to satisfactory and I should never have been satisfied with them.

But thank goodness, I’ve figured it out. Sort of. At least for theatre with text. Or at the very least, for the theatre I write. Which is, I suppose, all that matters when I’m writing a piece of theatre. The answer, my friends, is really very simple:

The play that I’m writing is a play because it can’t be anything else.

Mind blowing, isn’t it? Something is something because it could not be anything else. Perhaps you think it shouldn’t have taken a degree and four extra years of experience and part time study on top of that for me to figure this out, but some of us are slow learners. Besides, it’s not as though I haven’t heard other writers say this before, but a lot of writers say a lot of things about their work that are not at all applicable to mine. Until I figured it out myself, in my own work, it just wasn’t true yet.

My process was thus:

I wrote a very short play that was very narrative. In many places, it read like fiction.

I changed certain passages to make them sound more “play-y”. Then I didn’t like that so I changed them back. Then I got feedback from a respected source that I should change the verb tense of these passages to make them more “active” (a better word than “play-y”). I have yet to do this. As of now, the play has remained untouched for three months.

Instead, I made a digital copy of the script and began taking it apart. “There’s a lot of narrative here,” I thought. “Fiction?” I thought, “Why not?” I decided to give it a try; after all, I’m no less trained to write fiction than I am to write plays (which is to say, not trained at all). Since nearly two-thirds of the play read like fiction anyways, I thought turning the script into a short story would be both natural and simple.

My strange little play, imperfect though it was, deflated like a wrinkly old balloon the moment I tried to “fiction-ize” it. It was clunky. It was heavy. The character’s lines, instead of resonating my ears, dragged themselves sullenly along the floor of…what?

Of a stage. When I tried to fiction-ize my play, break free of the confines of staging and truly inhabit the setting I’d placed my characters in, I realized the ground the characters walked on was a stage floor, and the air they breathed to speak was the rarefied air of a darkened theatre, and even though I can see my setting in my mind’s eye, clear as day, nothing will ever change this. The story itself is where I put it, in my mind. But the telling? The telling is on the stage.

There are narrative plays (lots of them, actually) and there are very theatrical works of fiction, and the way I was able to figure out which one I was writing was by asking myself this: Do these words need to be said aloud, not just quoted in quotation marks on the page but actually, physically, create sound waves and exist together with no “she said”, “she cried”, etc. to mediate them?

For my fiction-y little play, the answer is yes. The text is meant to be spoken aloud. And not just read aloud, the way poetry is read aloud. The text is meant to be performed, its skeleton fully fleshed out by the intelligence and craft of artists and its voice ringing in the ears of an audience. So what if my play’s not “active”? A good actor can make a whole room with just the sound of their voice.

That’s not to say I won’t be returning to this piece, dusting it off, and doing what I can to “activate” the language without damaging its soul. This play is a play because it can’t be anything else. But whether or not something of mine is a good play, well, that’s a whole other question for me to contend with and I’m afraid I’ll just have to get back to you. It could take years.