It’s been a long year for this lil’ blog o’ mine, and a long year for democracy in Canada. Considering we’ve now passed the half-way mark between the 2011 federal election and the next one, I wanted to take stock, in a general sense, of what’s been going on around me while I was busy thinking (and writing) about other things.

So, in no particular order, I give you my Canadian Democracy Round-Up for Fall 2013:

IDLE NO MORE AND BC RECONCILIATION WEEK PUT FIRST NATIONS ISSUES FRONT AND CENTRE, AND THE OPPOSITION PARTIES, AT LEAST, ARE PAYING ATTENTION

I’ve learned so much more about the history of First Nations people in Canada and the disastrous legacy of Residential schools in the past year than I’d learned in the whole of the rest of my life (and I even grew up near a reserve, so I really don’t have much of an excuse except that the issues weren’t much taught in my school). And I truly believe that Canada as a whole can only benefit from the success of this movement–culturally, environmentally, and morally–and from real, concrete acts of reconciliation with First Nations people. I also believe the legal challenges several First Nations have filed against the Canadian government’s proposed pipeline projects are maybe the best chance we have of escaping a massive spill in this province.

[One of my favourite pieces written about this movement is called An open letter to all my relations: On Idle No More, Chief Spence and non-violence by Anishinaabe lawyer and excellent writer Aaron James Mills. Please read it if you haven’t already.]

STEPHEN HARPER REALLY REALLY WANTS TO KEEP POWER, BUT I’M NOT EXACTLY SURE WHY. 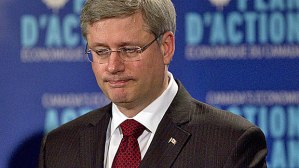 Stephen Harper wants you to think that a stable majority government for the Conservatives is necessary to steer Canada through dark economic times, but I honestly can’t see how Canada would be any worse off under any other government’s management than it is now. If Harper really wanted to improve Canada and make it a better place to live for Canadians (including First Nations people and new immigrants), he’d make policy decisions based on sound scientific and statistical evidence. Instead, he’s prorogued Parliament, again, so that he can focus on trying to coerce BC First Nations into agreeing to various oil pipeline projects that would destroy BC’s pristine landscape (and the tourism industry it supports, not to mention an entire way of life for First Nations people) and bring in very few permanent jobs. Oh, and Harper and his message are stompin’ around the BC countryside right about the same time as BC’s Reconciliation Week. Sound (or tactful) policy this ain’t.

Generally speaking, Harper’s been spending his time making sure he’ll be reelected. Most of his decisions do not benefit Canada, but they do benefit his party, the corporations that support it, and those who share his conservative ideology. The Canadian government’s muzzling of scientists, for example. Why would you want to keep scientists from making their research public? Surely the public, who pay for the research with their tax dollars, have a right to the information required to make sound decisions about the future of their country. The Canadian government, after all, is merely meant to represent the will of the Canadian people, not effectively decide what their will is by withholding information from them. But, of course, much of this research could jeopardize the Harper Government’s claims that they take the environment seriously (as they essentially copy-paste oil lobbyists’ requests into legislation), so it must be controlled. Ho hum. So much for science.

But surely the Parliamentary Budget Officer, whose mandate, according to the PBO’s published literature, “is to provide independent analysis to Parliament on the state of the nation’s finances, the government’s estimates and trends in the Canadian economy; and upon request from a committee or parliamentarian, to estimate the financial cost of any proposal for matters over which Parliament has jurisdiction”, would meet with no resistance to his requests for information? Well, no. Unfortunately, the PBO kept asking questions the government didn’t like, so they made it as difficult as possible to find the answers. Answers which, as it turned out, Canadians desperately needed to keep us from doing stupid things like paying for outlandishly expensive F-35 fighter jets. Thank you PBO!

As for you, Harper Government, what the hell do you want to keep running Canada for? You clearly don’t like our country all that much.

JUSTIN TRUDEAU WINS LIBERAL LEADERSHIP RACE. THE FIRST MAJOR THING HE DECIDES TO DO IS TELL US HE SMOKED POT A FEW TIMES (ONCE EVEN AFTER HE BECAME AN MP).

Gasp. Big deal. Trudeau used to work in Whistler, after all. The only thing newsworthy about this is the hoopla everyone, Trudeau included, is making about it. And that Trudeau was stupid enough keep talking about it when he should be trying to prove to people that he’s not too young or inexperienced (or stoned) to head up our economy.

This one should have been obvious after the federal Conservatives were found to be in contempt of Parliament in 2011 and Canadian voters still handed them a majority. But alas, the BC NDP seemed to have forgotten this entirely during our last provincial election. They chose a leader (Adrian Dix) who definitely had the best intentions but about as much charisma as a soggy umbrella, and expected that the BC Liberal’s various scandals and fumbles (HST, the ethnic vote scandal, their wishy-washiness over oil pipelines) would convince voters that he should be premier. BC Liberal leader (and current premier) Christy Clark is definitely not my favourite person in the province, but you gotta admit the lady knows a thing or two about public presentation. While Dix and his BC NDP seemed content to play the “aw shucks, I’m a nice guy” card and let the Lib’s past offenses speak for themselves, Christy Clark was doing her best to make sure that people who wanted jobs, security, and economic prosperity would choose her. Turns out, a lot of BCers really like jobs. As of yesterday, Adrian Dix has stepped down as BC NDP party leader, which is a decision I certainly respect, but I really wish that he’d decided to leave the job before the provincial election.

Federally, the Opposition parties need to understand that for better or worse, the Harper Government controls the message (did you enjoy those taxpayer funded attack ads this spring?) and they are going to define the terms of the debate. Want to get all huffy and puffy about Senate reform, Mulcair? That’s fine, but just so you know, Stephen Harper is doing everything he can to convince Canadians that their livelihood, financial security, and family’s future depends upon him. So, you know, you might want to spend some time on that (i.e. the economy), instead of whatever it is you’re doing. By all means, remind Canadians how shitty the Prime Minister is (and remind them again during the actual election), but don’t forget they can’t eat your self-righteousness for dinner.

We want solutions guys. Solutions not based in some kind of pie-in-the-sky socialist utopia where there’s enough money to pay for everything and cars run on happy thoughts. We want evidenced-backed solutions that demonstrate how implementing X, Y, or Z will be good for Canadians AND the economy. Obviously, it would help if the long-form census hadn’t been scrapped, but try to work with what you’ve got. Please? Okay.

THERE WILL BE NO FALL SITTING OF THE BC LEGISLATURE THIS YEAR.

This means the BC Legislature will have sat for only 36 days in all of 2013. Pretty damn pathetic, isn’t it? Guess Premier Clark is a lot like Prime Minister Harper that way–really love to have power, do anything they can to keep it, don’t seem interested in doing much good with it, or even, you know, going into the place where they work. Fantastic.

FAVOURITE FEDERAL MPs THIS YEAR: NATHAN CULLEN AND ELIZABETH MAY

I really really wish Official Opposition House Leader Nathan Cullen had become the leader of the federal NDP. I followed the NDP leadership race and I thought he was fantastic–serious and well-versed in the issues while at the same time totally relaxed and personable. He seems to have that “Jack Layton” spark, unlike Mulcair, who is certainly a worthy opponent for Harper but sometimes reminds me of an angry uncle at a Thanksgiving dinner. I’m hoping Cullen will become a more visible presence as we move towards the next federal election–his personality and BC roots would certainly be an asset in scooping up some more western ridings. 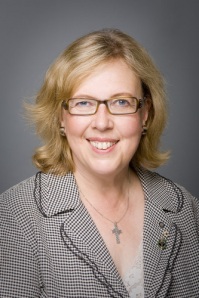 As for Elizabeth May, she just rocks. As the leader of the Green Party, she was so determined to become an MP she moved all over the country. Now that she’s an MP (the only one of her party), she refuses to behave as though her lone voice doesn’t matter and takes great care crafting proposals, questioning the government, and attending all votes. She is very very good at keeping the public up to speed about all this (I know this because I receive her e-newsletter and follow her on Twitter even though she is not my MP) and by all accounts, she is one of the most hardworking politicians in Ottawa (unlike certain dubious expense-claiming Senators, cough cough).

Basically, if I lived in May’s riding, there’s a pretty good chance I’d break from my usual commitment to voting NDP and vote for this woman. She’s the politician all politicians should try to be.

This has been a big one, hasn’t it? Everything to do with the Senate has become so effed up I can see why people are calling for its abolition, which is a real shame because if the Senators actually did their job they could be really really good for Canadian democracy. They may even have prevented some of these horrible omnibus bills from being passed in the last couple of years. Instead, the Senators who were appointed by the ruling party just rubber-stamp whatever legislation the government sees fit to inflict upon the nation and then make us pay for their dubious travel and living expenses. Even when they quit in disgrace they still receive the kind of pensions most of us can only dream about. Democracy at work!

So…..that’s kinda what’s been happening in Canadian democracy. There’s more, of course, there’s always more, but this is what has struck me and this is what has stuck. Time to look forward to the next couple years, I guess, and hope things don’t have to get any worse before they start getting better.

[If there’s anything important you think I missed please mention it in the comments section, I’d be interested in knowing what’s important to people who AREN’T me.]