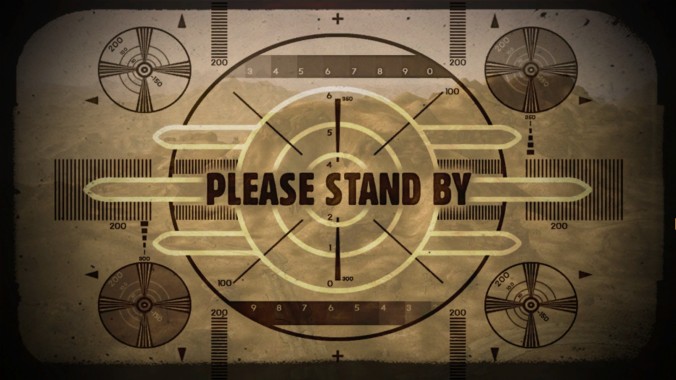 The sad day has finally arrived–the day on which I finally admit to myself, and confess to you, my much-appreciated readers, that weekly blog posts are no longer sustainable. Between work, my masters program, theatre with the Troika Collective, work on my own creative projects, bathroom renovations, headaches, and trying to actually spend some quality time with my husband now and again, I just can’t guarantee I will always be able to write this blog the way I want to. I’ve never wanted to simply “produce content”, and if I don’t have the time to really engage in the world enough to have something to write about, that’s all I’ll be doing. I’m already embarrassed by some of the navel-gazing, nothing-ish posts I’ve churned out during busy times in the past and I owe you, and this blog, and myself, better than that.

Being a creature who loves form and structure, and wanting everything to be clean cut, I do wish I’d been able to hold out for my next bloggerversary (or even my half-way marker, which would have been at the end of May) to make this change. I wish I wasn’t just throwing up my hands in the middle of any old week and saying, “Okay, that’s it, I’m too busy, I can’t do it this way anymore” on February 27, of all days, a day that means nothing in terms of anniversaries or counting my achievements in a neat and tidy way. My aesthetic sensibilities are chafing as I write and I would almost rather quit the blog altogether, except that when I floated this idea by one of my most loyal fans (i.e., my mother) she said no, and told me to try switching to biweekly posts instead. Seeing as how my mom hasn’t steered me wrong yet, I’m giving it a try.

So you won’t be hearing from me as often anymore. And I’m sorry. I feel like I’ve failed to come through on a promise but please believe me when I say it really truly needs to be this way (and that’s not to say if I’m ever feeling especially inspired I won’t write on an off-week just for fun). Though I don’t always know who’s reading my posts, or how often, please know I am always flattered by and grateful for it, and this is actually breaking my little blogging heart.

So please stand by. I hope it just gets better from here.

[UPDATE: Upon publishing this post, WordPress informed me that it was my 230th post. So I guess I DO get a nice, clean-cut benchmark for weekly posting after all.]

I’ve been on the fence about whether or not to acknowledge my “bloggerversary” this year. I knew I was going to roll out a new look (hope you like it!) but I wasn’t sure whether to proclaim the milestone from the roof tops (“Oh my god! I’ve been writing this blog for FOUR WHOLE YEARS!”) or whether to just let the day pass by (“M’h. No big deal. Let’s write about something else.”).

Of course, I already did let the day pass by. The four-year anniversary of my very first post was actually on November 29. But I was on Salt Spring Island last weekend having a wonderful time and drinking martinis…so…yeah. And besides, is four years of (over)sharing on the Internet really such a thing to celebrate? Is it an accomplishment? Can I look at it and say, yeah, I get to feel like a real blogger now?

In many ways, no. It’s weird, but although I set out to be a blogger four years ago and began by following a lot of bloggers on Twitter and going to blogger meetups, etc., the more I’ve blogged the more I’ve pulled away from the idea of “being a blogger”. This is partially explained by personal growth–as I have become a more confident blogger I have also become a more busy person with more going on in my life, and I simply don’t have time to be an active part of an online community. But it’s also a question of how I identify myself. Would I call myself a blogger? Trick question. I don’t not call myself a blogger, but generally speaking I consider myself a writer. And having a blog can be an amazing gift for a writer–it holds me accountable to writing at specific intervals and has allowed me to share my writing with an audience (and sometimes to be a part of one as well–I have absolutely loved loved LOVED watching and reviewing theatre for NiftyNotCool).

As a blogger/writer/what-have-you, I’ve had some uncomfortable moments too: For every solid piece of writing there’s a mediocre one just taking up space. Being on the Internet gives people access to me, in ways that I don’t always foresee. Posting my opinions means sometimes people will disagree with me, occasionally very unpleasantly. And after blogging about sensitive issues, some of the responses I’ve received have forced me to re-examine my position, even my motives for writing. Does the fact that I am good at saying something about something mean that I should? Do I have a responsibility to post about certain issues because I am an okay writer who has a blog? Do I also occasionally have a responsibility NOT to write about certain issues, because I am not the best person to address them? Should I occasionally leave some silence in cyberspace for someone who isn’t white/cis/hetero/middle class (not that I take up much room, but still)? Why am I talking? Am I trying to help? Enlighten? Learn? Or am I just talking to hear/read myself think?

While monitoring the site stats for NiftyNotCool, I’ve had the thrill of watching a post go viral (my post on the recent teacher’s strike in BC has been viewed almost 50 000 times, most of them occurring within the first two days of its existence), and I’ve also bruised my ego realizing that the majority of my site traffic still comes from people googling the phrase “nifty nudes” [which is depressing, because obviously those people aren’t really interested in what I have to say and are visiting my blog posts about Wreck Beach by accident while looking for porn, but also intriguing: who knew so many people were on the hunt for specifically “nifty” nudes?]. At the end of the day, what do my stats really mean? Very little, most likely. WordPress hosts my site for free (I just pay for my domain name) so I don’t make anything off the little ads that sometimes run at the bottom of posts, no matter how many people view them. I’m not getting book deals or job offers. No one hands me a medal for having 20 000 views in a day or harangues me for only having two.

So what the heck have I been doing for four years? Shouting into the darkness? Well, sometimes. But other times, more and more as my blog and I grow older, I manage to say something that lands. And every once in a while somebody tells me that I have expressed something that they were feeling. And then I do think there’s a place for NiftyNotCool here in cyberspace, and there is a reason that I talk–not just to hear/read myself think but also so that every once in a little while somebody else can hear themselves too. And as a writer that’s just….wonderful.