From now until March 24, a much-needed conversation will be taking place at the Firehall Arts Centre. maladjusted, created, workshopped and presented by Theatre for Living (formerly Headlines Theatre), explores the challenges facing our mental healthcare system through a “forum theatre” event. 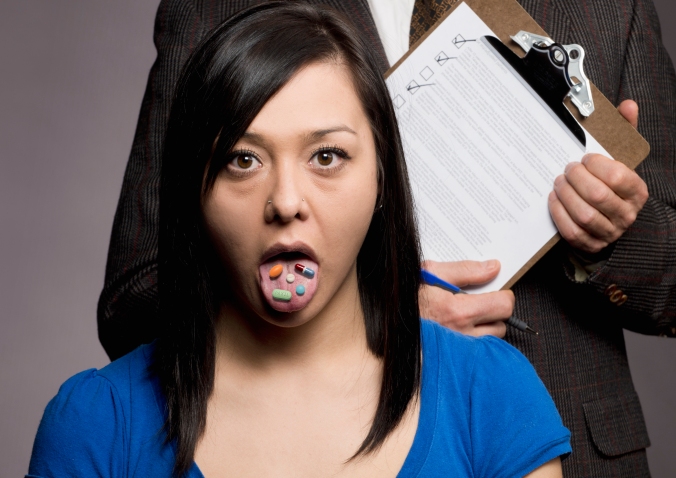 In the wake of recent tragedies, much lip service has been paid to “removing the stigma” of mental illness and ensuring that people suffering from mental illness or emotional distress are able to access the help they need. Unfortunately, with many of us, our involvement stops there. What we don’t realize, and what maladjusted exposes so well, is that getting people into the mental healthcare system is not enough–what do we do with them once they’re there? Is our current system, increasingly mechanized in the name of “efficiency”, sufficient to ensure our most vulnerable citizens receive care that is compassionate, sensitive to their needs, and actually healthy for them?

The answer, according to the many generous patients and mental health caregivers that comprised the show’s workshop participants, is a resounding no. The failure of an overburdened and increasingly impersonal system to properly diagnose and treat people with mental health issues is contributing to the escalation of already urgent situations. The first half hour of maladjusted is a play (in the traditional sense) that provides logical examples of the ways in which these shortcomings play out for patients, families, and caregivers in a system like ours.

It’s hard for me to describe just how the forum theatre format allowed me to participate in a discussion about mental health and human-centred care (you’ll have to experience it for yourself), except to say that my own understanding of the issues was heightened, my ability to empathize was increased, and I felt that my role in the evening was empowered. Instead of passive audience members, we became actors in our own right (some on the stage, and some within the human transactions and interactions we’ll be having in our own lives).

Central to the empowerment provided by this important conversation is the creation of a Community Action Report. As different issues are addressed during the forum portion of the evening, the audience is asked to suggest specific policy changes that could help patients, caregivers, and families better navigate the mental health system in a way that works for them, rather than for efficiency or budget figures. Each night, the show’s Community Scribe takes down the ideas put forth. According to the company,

“Theatre for Living has written agreements from various mental health organizations including The Mental Health Commission of Canada and The Canadian Alliance on Mental Illness and Mental Health to use the  maladjusted project and the resulting Community Action Report to inform their policy development.”

By attending the show as an audience member, you contribute to this necessary conversation. I left the Firehall that night feeling, somehow, that I had done a good and necessary thing. I didn’t feel powerless against the huge issue I’d been presented, though I had a better appreciation of the challenges and the stakes.

maladjusted runs at the Firehall Arts Centre, Tuesday to Sunday at 8pm, from now until March 24. Tickets can be purchased online through the project webpage.

Disclosure: My ticket to maladjusted was provided by Theatre for Living. The content of my review remains my own.

One thought on “Beyond “Raising Awareness”: Theatre for Living presents “maladjusted””