Yesterday at a staff lunch, my office mates (who are, on average, a few years older than my parents) were reminiscing about the days when smoking was widespread and legal in public spaces:

Remember when everyone could smoke on the plane? Your eyes would just water by the end of the flight! Nowadays the gas masks would probably come down if the air quality got that bad.

Remember when you could smoke in the grocery store? You’d just push your cart along and smoke your cigarette and have to brush bits of ash off the produce sometimes.

Remember when you could smoke in the office? I must have accidentally burnt a hundred forms when I could smoke at my desk.

And just think, [said my boss] how far we’ve come!

It’s true. We have come far. Once smoking (and second hand smoke) became a public health concern, Canadians began to push back against public smoking, and public access to cigarettes. And it wasn’t easy at first. People said it was their right to smoke. People said tobacco companies were too powerful–the government would never have the guts to pass laws restricting smoking or access to cigarettes. Convenience stores said putting their cigarettes under lock and key (rather than on display) was an inconvenience to them. Diners, restaurants, clubs and bars all said they’d lose business if their patrons weren’t allowed to smoke. Sure, smoking is bad for you, but thinking you can get rid of smoking? That’s just crazy.

But the science was there. It was obvious that cigarette smoke was killing people–both smokers and non. Sure, smokers have a right to slowly kill themselves if they want to, but soon the public agreed that they didn’t have the right to kill others with second hand smoke, and they didn’t have the right to easy visible access to cigarettes in places where children might see them. Eventually, the government listened, and smoking bans were put in place on transportation, in most buildings, and on the street by doorways and air vents. Stores that sold cigarettes had to keep them covered, and the archetypal “smokey bar” became a thing of the past (by the by, bars and clubs are still packed on a Saturday night, so clearly banning smoking hasn’t hurt business all that much).

And you know what? It’s been great. By the time I became an adult smoking cigarettes was not considered cool among people my age–it was something you had to excuse yourself to go do by yourself (like going to the bathroom or adjusting your underwear). I could come home from a night on the town without the smell of cigarettes in my hair. Though many people do still smoke cigarettes (it’s a proven addiction, after all), it seems almost nostalgic now, like an episode of Mad Men or some Salinger novel. When we look back on those earlier, smokier days we go, “What were we thinking? Smoking was killing us! It was expensive! It was dirty! It stunk! How could we keep doing something so obviously bad for us?”

Before we feel too smug, may I remind you that extracting and burning fossil fuel is killing the environment (and therefore us, since we are part of the environment). It’s expensive. It’s dirty. It stinks. And more and more Canadians want a change.

But the same old arguments persist: it’s people’s right to use drive their gas guzzlers if they want to. Companies will lose business. Finding alternatives to fossil fuels is a lot of work. Oil companies are too powerful–even if all Canadians agreed that oil extraction and use is killing our planet, the government would never be gutsy enough to pass environmental regulations (to which I say, how about we elect a government with a bit more respect for science and a lot more cajones?).

In this “information age”, there is really very little excuse for the willful ignorance that fuels these arguments. Once upon a time, people were dying of diseases caused by shitting in the same water they drank. We look at those people now and see the obviousness of their error. So why are we shitting in the water we drink, on the food we eat, and in the air we breathe by continuing our narrow minded reliance on fossil fuels (and only fossil fuels) for our energy? For no reason but sheer pigheadedness, and it’s not doing us any good.

It is NOT anyone’s right to destroy the planet that belongs to everyone. Unless your job is driving in the desert being shot at, you do NOT need a Hummer.

As for the power of the oil companies and the inability/unwillingness of governments to regulate their operations–well, someday we’ll be looking back at Stephen Harper the same way we look at the stupid king/nobleman/chieftain who let his people keep crapping in their drinking water. With contempt and disbelief. How could anyone be so short-sighted? How could anyone ignore the mounting evidence? How could a government systematically and deliberately put an entire country’s citizens, wildlife, and environment in harm’s way for the sake of ONE sector of the economy? Jack Layton could power his entire home on green energy (I saw it on the CBC, it was cool). All the dirty oil in Canada couldn’t warm old Harper’s heart.

Once upon a time, trying to curtail public smoking would have been political suicide. But medical science won out. People realized they had a lot to lose if nothing was done, and with their continued pressure governments eventually realized it too.

The ongoing decimation of our environment bothers me, and I realize that oil companies will always be a part of our economy (and hey, I like electricity and transportation as much as the next person). But there are better ways to power our homes and vehicles, there are new sectors out there to “fuel” our economy, and there is so so much to lose if we don’t make a change. Canadians made the right choice when it comes to smoking. I hope by the time my children are grown we will have made the right choice about fossil fuels. 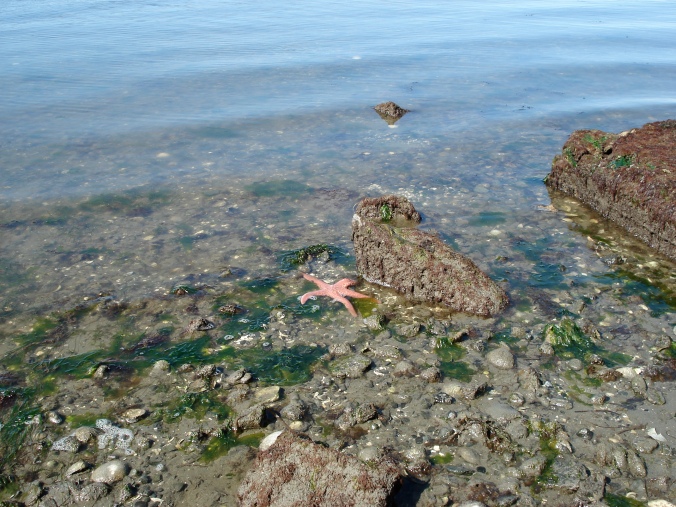