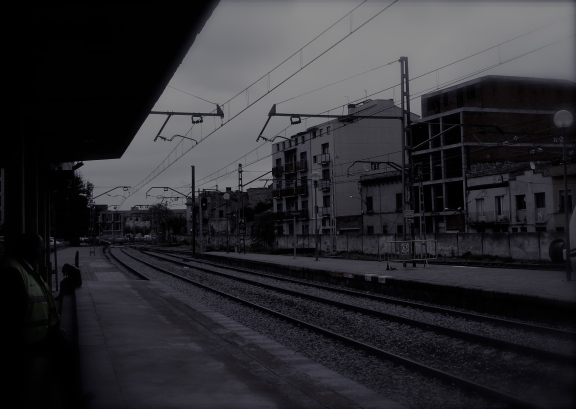 I don’t mean to alarm you. But I do mean to tell you as gently as possible that the dystopia of the sci-fi future exists, right here and right now. Maybe you didn’t realize it because it’s not what we pictured; the world isn’t a post-nuclear wasteland (yet), an android didn’t steal my desk job (yet), and I haven’t had a computer chip permanently implanted in my brain (though I concede that my iPhone is a close second). Maybe our current dystopia slipped under the radar because sadly, it’s nothing we haven’t seen before.

For some reason when most of us think of dystopian worlds we think of another planet, another place, another time in the future where basic human actions, thoughts, and feelings are mechanized, profitized, monitored, and controlled by some kind of central and far-reaching system or dictator whose only real goal is power for power’s sake. They usually go by a creepy ambiguous name like Big Brother, “Father”, the Norsefire Party, the Alliance, the Harper Government, etc. (obviously that last one is me being cheeky).

What a lot of us tend to forget is that the the creators of well-known dystopian visions  weren’t just pulling these terrifying ideas out of thin air. The writing was on the wall then (just look at the dystopian surveillance, censorship, and human rights atrocities taking place under Hitler and Stalin in the same decade that George Orwell published Nineteen Eighty-Four) and the writing is on the wall now.

Don’t believe me? Read the news. I’ve compiled just a few contemporary examples of common “dystopian” tropes so you can see what I mean: 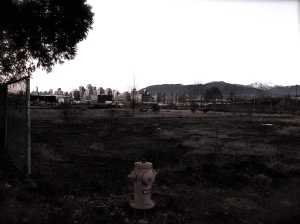 I suppose my point is that “dystopia” is not necessarily a fictional convention. Given the amount of money and power that governments and corporations have and how easy it is to stamp out or misdirect dissent and political awareness, rest assured that if some movie or book or graphic novel has imagined it, it is possible. Maybe not as dramatic as it is in the cinema, maybe not so obvious (at least not at first). But if we aren’t living in a dystopian society yet we’ve definitely got all the ingredients cooking for a dystopian future (likely spurred by environmental catastrophe). Pretty bleak, huh?

I truly didn’t mean to alarm you, I just wanted to write about dystopia. But isn’t it nice to know where you stand?

[On the bright side, if dystopian pop culture is to be believed, there will almost always be people to fight the good fight. They just might not have a space ship or amazing martial arts skills. And that’s okay.]