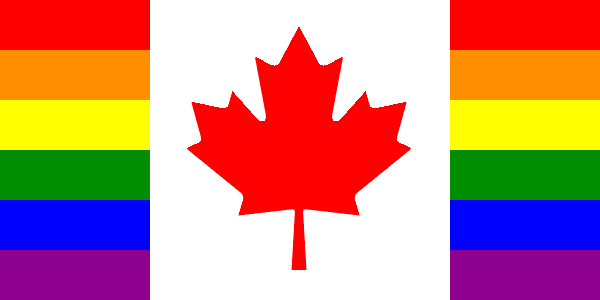 I was pleased today to read that Star Trek actor George Takei has endorsed a petition to relocate the 2014 Winter Games to Vancouver, while lauded British actor Stephen Fry has written a heartfelt open letter to British Prime Minister David Cameron and the International Olympic Committee, urging them to boycott/ban the 2014 Winter Olympics in Sochi. I know there are much more intelligent, much more celebrated, and much more influential voices than mine already speaking out about this, but I feel an obligation, as a human being with the political and financial freedom to express herself, to use the small platform this blog has given me to add my voice now and say, unequivocally, that Canada must not participate in the 2014 Sochi Olympics as long as Russia’s horrific violations against its LGBT citizens (and LGBT tourists, or anyone who supports equal rights for non-heterosexual people) continue in law and in practice.

As Fry so eloquently pointed out, the IOC had a choice in 1936–and they chose to move ahead with the Berlin Olympics, even as Adolf Hitler stripped Jewish citizens of their rights, refused to protect them from violence and humiliation, and declared Jewish people to be a threat to decency and to the country. When the world turned up to compete in 1936, it was, in effect, saying that it did not care what Germany did to its Jews. By allowing Adolf Hitler and his government the honour of hosting the Olympic Games (and it should be an honour), the world was giving Nazi Germany its tacit approval to do whatever it liked to its Jewish citizens–after all, the Games are “about sports”, not politics, right?

Wrong. Before the IOC grants a city (and a country) the privilege of hosting the Olympic Games, the bidding process is a highly political one (involving campaigning, lobbyists, etc.), and the advantages won by the host country (prestige, global publicity, tourism, economic stimulus associated with venue construction) are political advantages, benefiting whichever world leader is lucky enough to preside over them. It is unconscionable for a body like the IOC, whose charter states that “Any form of discrimination with regard to a country or a person on grounds of race, religion, politics, gender, or otherwise is incompatible with belonging to the Olympic Movement”, to grant these political advantages to Vladimir Putin and his United Russia party.

And it is unconscionable for Canada to participate in an Olympic Games that grants these political advantages to Vladimir Putin and his United Russia party. Putin already has enough help from corruption, intimidation and political chicanery–he doesn’t need our endorsement. As Canadian athletes act as representatives for our country when they compete, I am making this plea to them:

Canadian Olympians–please, PLEASE do not represent me in Sochi. Do not let it be our hand patting Putin on the back.

When gay Russians can be brutally assaulted and tortured on video, with no steps taken by authorities to bring the attackers to justice, there is something wrong. When that videotape can be shared on the internet, and it is the victim that must fear for their job (because they’ve now been outed as gay), there is something wrong. How much more obvious does this need to be? When comparisons between Putin’s Russia and Hitler’s Germany are not hyperbole but are, in fact, completely apt, this is a big red flag telling you that something is wrong.

I can no longer ignore the brutality already occurring and say that things aren’t really that bad. I can no longer believe that participating in the Sochi Olympics (even by watching them on TV) wouldn’t be the equivalent of lending my support to the 1936 Berlin Games. I cannot excuse this by saying “Well, we went to China and weren’t they just as bad?” (two, or rather three, human rights wrongs don’t make a right). I cannot pretend that “sport” occurs in some airy-fairy magical world that exists outside of politics and apart from the suffering these politics are inflicting on innocent people.

So here’s my voice–if we value human rights, not just human dignity but the right of a human being to simply exist in their country without fear they will be beaten to death while their government does nothing to protect them, we must boycott the Sochi Olympics. If the world made the wrong choice in Berlin in 1936, we have the chance to try to atone for it now. Unlike our predecessors, we no longer have the excuse of not knowing what horrors are possible when a minority group is stripped of their rights and made a scapegoat for their country’s ills. We all studied this infamous period of European history in school. We know what will happen if we are complicit, if we give these atrocities our seal of approval. History has taught us that “appeasement” of hate-mongering power-crazed dictators doesn’t work–we will not stave off political conflict, we will only appear to lack conviction.

If Canada is truly the great nation we say it is, we must stand behind our convictions. We must stand behind our principles of equality and safety for all, regardless of sexual orientation. We must hold the International Olympic Committee to the principles set out in its charter, and in keeping with that we must boycott the 2014 Olympic Games in Sochi Russia. I honestly can’t see any other way.

3 thoughts on “Canada Must Boycott the 2014 Sochi Olympics”