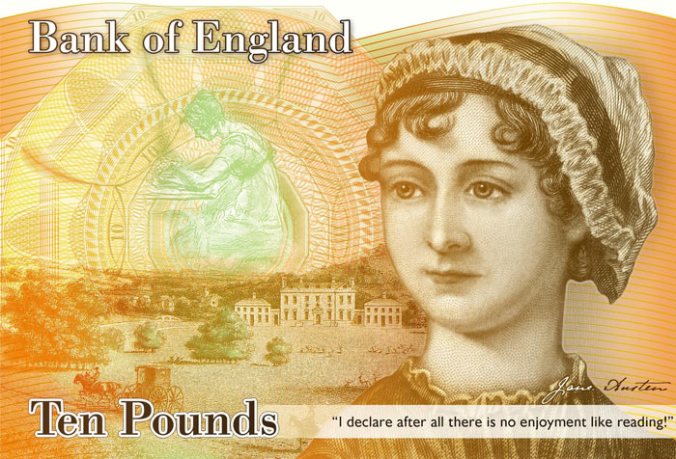 Last December, when I wrote a post about casual misogyny on the anniversary of the gender-based massacre at Montreal’s Ecole Polytechnique, I realized, I think for the first time, how much my blog has exposed me. I also got a small glimpse of the sheer, immeasurable, and baffling amount of hatred and anger that exists on the internet, and how much of that, for whatever reason, is directed at women.

I’m not saying that misandry does not also exist on the internet. I am certain that it does, and I do not agree with it, but that being said I have seen nothing to suggest that the amount of misandry on the net is anywhere close to the tsunami of misogynistic vitriol (including rape and death threats) being directed at female bloggers, media personalities, and public figures just for speaking out about an issue that affects them, while also being a woman.

A recent example of this is the case of academic and blogger (and my former school chum) Lucia Lorenzi. After reading reports that UBC frosh leaders from the Sauder School of Business led their students in the now infamous St. Mary’s University Y-O-U-N-G rape chant (and encouraged them to keep it a secret), Lorenzi spoke out. She wrote a passionate and well-researched post on her blog, which led to her being featured in the Vancouver Sun, on CBC’s the National (though much of her interview was cut from broadcast) and as a guest on the Bill Good Show on CKNW. While taking part in outrageous chants is a rite of passage during university frosh weeks Canada-wide, this particular chant is so obscene and so dismissive of the serious issue of rape (“Y is for your sister, O is for oh so tight, U is for underage, N is for no consent…”) I really can’t see what frosh leaders could possibly have been thinking, and you really can’t blame students like Lorenzi for having a major problem with a chant like this being encouraged at the institution where they work, study, and pay tuition (and where many survivors of rape and assault also attend).

But some people do blame her, and women like her. In the few days since her media appearances, Lorenzi has already been receiving nasty messages, and, more worryingly, has been trashed on a well-known and very creepy MRA website as part of a more targeted attack aimed at Denise Ryan, the Vancouver Sun columnist who wrote about the rape chants. To some, it seems, the problem is not the rape chant, which is “tradition” and “no big deal”, the problem is Lorenzi, for being a “bitch” and expressing her outrage (at something that might reasonably spark outrage among both women and men). Even for those who don’t agree with Lorenzi’s point of view, surely harassing her for speaking out only further proves her point that misogynistic attitudes (like those embodied by the rape chant) are present in society and have compromised her right to physical and emotional safety as she pursues her studies and career.

Here’s another example for you: across the pond, the Bank of England revealed plans to replace Elizabeth Fry with Winston Churchill on the new £5 note, meaning the only woman’s face on British currency would be the Queen’s. British journalist and activist Caroline Criado-Perez thought that was a bit crappy, so she spearheaded a successful campaign to have Jane Austen replace Charles Darwin on the new £10 note by 2017. Sounds good, right? Austen is arguably Britain’s most well-known female author, her work is still popular and well-loved (spawning countless film adaptations, mini-series, and literary spin-offs, including the inventive Pride and Prejudice and Zombies), and her popularity (and representation of a certain kind of quaint, genteel England) certainly helps bring tourist dollars (er, pounds) into the country. What’s not to like?

A lot, for some. Surprisingly, there are many people who did not like the campaign at all, and not because they’re just not Jane Austen fans. Within hours of the announcement that her bid to place Jane Austen on the banknote had been successful, Criado-Perez began receiving rape and death threats on her Twitter account. When Member of Parliament Stella Creasy spoke out in Criado-Perez’ defense, Creasy received rape and death threats too (some of them quite graphic). According to their online attackers, it’s not okay to want to see a woman on your currency (even though women form half the British population and make significant contributions to society). It’s also not okay to be a woman who takes issue with another woman receiving rape and death threats. The cause of this shit storm? Apparently, some online trolls are upset about the idea of Jane Austen’s face on the tenner and took the campaign as a form of misandry.

Which is ridiculous. I mean, this is a celebration of JANE AUSTEN, people, not Lorena Bobbitt. How full of hate must you be that you find it justifiable to threaten to kill someone over JANE AUSTEN? (This is not to say you have to like Jane Austen on your money, literary critic Frances Wilson certainly doesn’t, but you’ll notice she’s not planning to rape anyone about it.)

You don’t have to change your entire country’s currency to incur the wrath of internet trolls. Sometimes you just have to be a female gamer. Or a a female student who doesn’t like rape chants, like Ms. Lorenzi. Or a woman who happens to be caught on video protesting for women’s rights. Or a female blogger on a popular website like Jezebel. The fact is that when people notice you speaking up, some of them want to take you down. Even with my tiny readership, I’ve still been afraid to write about this issue because I don’t want to draw negative attention to myself.

I just want to speak. I just want to be able to speak about the things that bother me. And this is something that bothers me–this fear that I have felt whenever I have wanted to blog about certain things. And it’s inherently unfair:

If I speak out, I may draw negative attention to myself. Reading about the experiences of other women makes me hesitant to speak up, which is likely exactly what the trolls who indulge in this kind of heinous behaviour are going for.

If I stay silent because I am afraid, the trolls win.

If I speak up and say that I am afraid, the trolls know that they are successfully frightening women, and they still win.

In my first year of university, I took an introductory course in ethical and political philosophy. My brain just about exploded when I encountered Iris Marion Young’s “Five Faces of Oppression” in my readings–it had never occurred to me that I could be oppressed just because I was a woman. Sure, I knew women in other countries were oppressed (women who couldn’t vote or go to school or wear what they wanted for example), and I knew that women who were in physically abusive relationships were oppressed, and I knew that obviously the wage gap existed and the glass ceiling and all of that. But my mind was blown when I began to grapple with Young’s idea that women in general are oppressed, not necessarily because anyone is actively trying to hurt them or keep them down, but because they live with the constant fear of rape, a fear they are subject to simply for being a woman (whether or not you agree with Young, this idea is incredibly compelling and worth considering). A woman’s choices and behaviour, therefore, must be different from those of her male peers because she is constrained by a threat of violence they are not subject to.

This idea that the threat of rape is a form of oppression translates well to what I see happening on the internet: the threat of gender-based trolling is certainly giving some female bloggers (like myself) pause, and affects what we say and do online. If I say the wrong thing, if I make the wrong choice, I may put my physical and/or emotional safety on the line. And that’s really scary.

I really really like this blog, small as it is. I really like writing about things that are important to me, and sharing those things. Most of the time, I don’t write much that could be considered all that provocative (I think my views are fairly in line with most left-wing Canadian values, so they’re not all that radical, and even if they were, that’s no reason to send someone a death threat), and I don’t feel the need to be provocative. But there are a few blog posts (this one included) that I have wanted to write for a long time, but probably won’t (or not for a much longer time), because whenever I think about the idea of posting them I feel a tug of fear.

So I won’t be writing anything directly about the MRA movement anytime soon, though I think it’s a complicated and incredibly charged topic that deserves as much conversation from as many sides as possible. I won’t be writing about the emotional abuse I experienced at the hands of a romantic partner in my younger days, even though I think it might help people of both genders notice the red flags of emotional abuse earlier on. Unlike the trolls I am afraid of, I do not have the luxury of sending disgusting violent messages to people I don’t agree with, because I’ve attached my real name to my online identity (I think I once told former Heritage Minister James Moore on Twitter that he should be ashamed of himself and I felt bad about it all day–he’s the Industry Minister now; I doubt I hurt his feelings much).

So do I speak up or do I shut up? Do I let the trolls win by staying silent, or do I let the trolls win by letting them know that I’m scared, but in doing so perhaps join a growing chorus of women and make speaking up easier for someone else next time? I guess if I’m writing this post, I’m choosing the latter, though as of this moment I haven’t hit “Publish” yet.

If you’re reading this, I guess I chose “Publish”. I hope the internet’s okay with that. I’m not asking for a flame war here, just the right to safely speak my mind on the website I pay for.

One thought on “To speak up or shut up, that is the question”