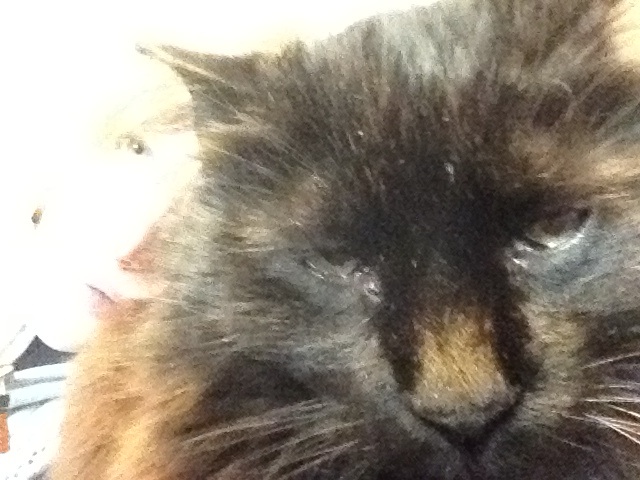 Last week I overhead one of my coworkers mention how great it is for families to have pets because they teach children about death. It makes a lot of sense. Inevitably the family pet will die and the kiddies will understand that sometimes things they love are gone forever. It’s an important lesson to learn before you are an adult, and life in a rural area certainly didn’t waste any time educating me (there was Ashes the cat, and Duke the dog, and who knows how many roosters and rabbits that came and went during the first decade of my life).

Then, of course, I grew  up. And instead of losing pets I began losing people. It is shocking and sad every time. I dream about it, and dread it, and do my best to understand it, and understand too that the older I get, the more familiar I will become with loss and the closer to home some of these losses will be.

At this point you’d think perhaps that going back to square one wouldn’t be so hard. You’d think perhaps I wouldn’t need to relearn the lesson that those things which are very very dear can be lost. You’d think perhaps that an elderly black cat, fat and lazy and more than 17 and a half years old, would not be so hard to let go of. But if you’ve ever had a family pet (I mean REALLY had a family pet) you will know why a grown woman who is just a few months shy of her 28th birthday and who doesn’t even live in her parents’ home anymore is having quite a lot of difficulty coming to terms with this loss.

Minuit the cat was born the spring I turned ten. In a litter of orange and brown tabby cats his plain black fur made him stand out. Maybe that’s why I picked him as “mine” (when our lady cat had kittens we always picked out one that was “ours”, one we’d name and take special pride in until the kittens were all given away). Maybe that’s why my mom picked him too. At any rate, I’m glad she did because even though we already had two cats (which really should be the maximum in any household) we got to keep him.

Despite his later girth and appreciation for relaxation and attention above all else, as a kitten Minuit was anything but cuddly. He’d been born outside, and once his future as a permanent resident in our household was secure, it was up to my sisters and me to train him up and settle him down. This involved long nights during which Minuit raced up and down my bedroom like a hellion, attacking not only his scratch post but also the carpet, the furniture, my stuffed animals, etc.  (I mostly remember that I had to endure this but my little sister insists she did as well so I’ll just say we all did and leave it at that). These were probably the most virtuosic displays of pure wildcat instinct Minuit ever exhibited in his entire life.

Once his career as a wild thing was over, Minuit settled rather comfortably into an early and prolonged retirement during which he garnered affection from family members and guests alike, ate a lot (including taco chips), and spent the majority of his time in various states of repose around the house. He continued to relax, receive attention, and generally enjoy being a cat until a medical incident last weekend left him unable to stand, use his litter box, or eat. Kira the dog came in to lick his face and sit by him for a while, and my parents gave him as much care, comfort, and companionship over the weekend as they could, but at the veterinary clinic on Monday my mother was told that attempting to prolong the life of such an old cat was not a good idea and so, under the care of a veterinarian, Minuit died as he had spent the better part of his life–asleep.

Though his lifestyle could perhaps be described as “unambitious” at best, I believe Minuit’s snoozy demeanor concealed a razor sharp intellect (and a sharp set of claws) which he used to conceive and execute a wise and effective plan for living the Good Life.

These are the lessons I have learned from Minuit, the wisest cat I ever knew:

I think it’s safe to say that a well fed house cat who likes people really didn’t have much to worry about in our house to begin with, and Minuit didn’t worry about anything. What did he care that the other cats were better hunters than him? He still received more attention. What did he care that he was so heavy that having him jump into your lap was like being tossed a furry medicine ball? Everyone still let him sit there anyways and always wanted him to be comfortable (in my house having a cat on your lap is considered a legitimate reason for not getting up from the couch). Unlike some of our other cats, Minuit never got out of joint about new additions to the animal family (like the most recent kitten who spent most of her time following him around and trying to catch his tail). He always knew he’d be king, because he knew how to play it cool.

This isn’t a lesson Minuit learned right away. We used to laugh watching this fluffly black shape trying to hunt birds in the snow (he didn’t seem to understand why they could see him no matter how still he was). Soon, however, he realized that irritating birds come and go but that being comfortable and warm all the time was truly the food of life. Despite his size and languor, Minuit sure knew how to make a quick exit when he realized he was going to be thrown outside. He also managed not to be eaten by coyotes, which is a pretty amazing feat in our neighbourhood. This was likely due to the fact that Minuit passed most of his “outdoor” time sitting on the porch and looking annoyed, but I’d like to say his cunning and secret reserve of energy helped too.

Patience is a virtue.

There’s nothing more hilariously tragic than watching a big lazy cat wait hopefully beside his dish on the kitchen floor, just in case, you know, someone decides to maybe put a little milk in there or something. Minuit could, and did, wait all morning. We laughed at him, but the joke was on us: even during those times when we decided that Minuit was “on a diet”, sooner or later one of us would slip him a little something. Worked every time.

Always look on the bright side of life.

This is a lesson Minuit taught more by way of metaphor than by attitude. He demonstrated this wisdom by periodically changing his position in the living room to ensure he was always lying in the warm sun. He seemed content and totally at peace with himself, and watching him, we felt peaceful too.

I really thought Minuit would live forever. He lived longer than any of our other pets (even the survivalist cat Tache, who would go on three week excursions in the woods and bring back dead shrews and things to lay on the porch). Every time Minuit got really sick, or stopped cleaning himself, or started pooping on the carpet in my room (for no reason but laziness, it turned out), we thought that maybe he was on the way out. Despite our dire predictions, he would bounce back every time and be the same as ever. It’s not that hard to get “back to normal” when your regular routine primarily involves resting.

But 17 and a half is pretty old for a cat, and when we were all home this Christmas my sisters and I noticed Minuit’s fur getting a bit mangy and his back a bit stooped. His fluffy fur made him seem just as fat but we could feel his bones a little under our hands. Maybe when we gave the pets our last little pats before heading out to the airport we wondered if this might be the last we’d see of Minuit, but in my heart of hearts I secretly believed he’d be one of those creatures that just lived and lived, growing as sage and ancient and unceasing as a river.

But an animal can last only as long as its body, and Minuit, who’d been resting most of his life, was finally too tired. And so my parents let him go.

I don’t mean to anthropomorphize the family cat. Minuit was not a person. My parents were his owners, not his “mom” and “dad”. But that doesn’t mean he was not very very dear to us. Minuit was our cat, and we were his people. I will never have another cat (TC is terribly allergic so owning a cat myself is out of the question) and he can never be replaced.

And I know I’m a grown woman and I know that life is full of much larger wounds than this but as I write this I am crying like child. I don’t care that there are worse things than this. I don’t care that he was old and and it was probably his time to go. Minuit was my cat and I just want him back. 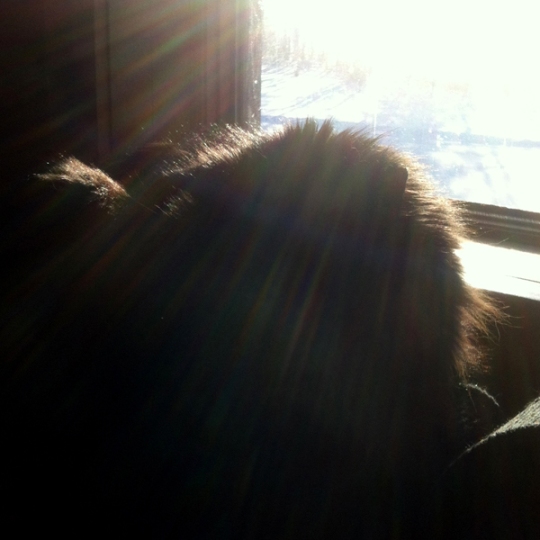 One thought on “The Wisest Cat I Ever Knew”