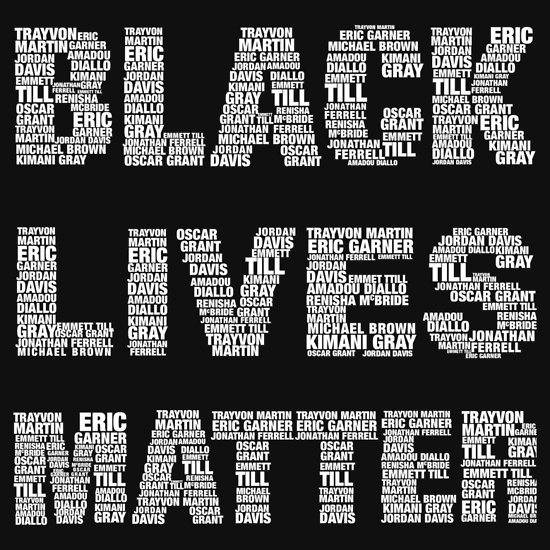 This is to say that the lives of black people (for example, the black people currently being fatally shot by police officers in staggering numbers south of the border) matter. They have worth. Extra-judicial killings of young black men by police officers (who come to police attention for matters as small as a broken taillight or “fitting a description”) are murder, and the reason these killings are indefensibly wrong is because black people are human beings, and their lives are worth EXACTLY the same as mine.

Of course they do. And I encourage you to promote the cause(s) of any lives that are important to you (and to get your OWN slogan instead of appropriating this one). Black Lives Matter isn’t about all lives, it is about specifically black lives, because this is a movement started specifically by black people, to deal with an issue that is specifically affecting black people.

What I don’t understand is why so many white people (generally good people who one would assume understand that killing innocent black people is wrong) aren’t okay with the idea that Black Lives Matter and instead insist on undermining this important and urgent movement by obstinately protesting that “All Lives Matter”.

Why so reactionary? Why so either/or, as if human worth is in finite supply, and granting it to black people takes it away from someone else?

There are quite a few analogies going around on social media, and I don’t mean to trivialize the issue in any way, but they can be very helpful in illustrating this point.

I’ve seen other people compare All Lives Matter to, for example, protesting a breast cancer fundraiser because “ALL Cancers Matter”, or crashing someone’s funeral to chastise their grieving family for prioritizing the recognition of their loved one (“ALL Dead People Matter!”) You can pretty much take your pick of analogies, but at the end of the day, we need to acknowledge that there are countless situations where one group of people or one set of issues takes momentary focus, and when these movements aren’t aimed at a specifically non-white or non-heteronormative population, no one would ever dream of being offended by them. No one scolded Terry Fox–“Hey dude, ALL diseases matter.” No one chastises seniors advocacy groups for being “ageist”, no one goes after churches for not teaching the beliefs of all the other religions too. That would clearly be ridiculous, right?

And as for those folks who don’t believe we still have a race problem in (North) American society, I have this question (posed in the video below by activist and educator Jane Elliot) to ask you: would you like to be treated the way society treats black people?

I have thought a lot about whether or not I should be blogging about this movement, and I ultimately decided to use my white voice to talk to other white people about something tragically and vitally important. I am white. Black lives matter. There is nothing incongruous about this for me, nor should there be. If we are willing, dignity and justice are in infinite supply. Acknowledging that black people deserve these things as much as I do takes absolutely nothing from me.