Which means, of course, that all you want to do is snuggle up inside with a book, a cup of tea, maybe a pot of chili, and stay there until May. Which is understandable, but doesn’t take advantage of the great cultural and recreational boon the rainy season provides you: the weather sucks so you don’t need to be outside. Which means you can be inside, experiencing the many indoor cultural and recreational amenities Vancouver has to offer. You can enjoy indoor experiences like:

Physical fitness/recreation – Unless you’re pretty hardcore, you will likely be doing a lot less jogging, cycling, Ultimate Frisbee, etc. now that the sky will be pouring rain almost daily. Which means this is the perfect time to try some indoor  fitness/recreation: 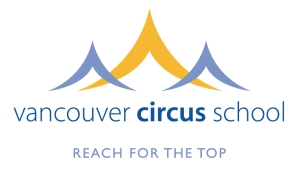 Theatres – The 2013/2014 season is getting underway in Vancouver and, as usual, there is a lot going on. I recommend visiting the Georgia Straight’s arts listings (you can search for “Theatre” under the “Types” tab) for a fairly comprehensive list of what’s playing right now, but in particular there are two shows opening next week that have been on my radar:

Literature – There’s the obvious, you could stay in with a good book of course (it’s something I plan on doing a lot this winter). But you can also experience literature by leaving your house. Pretty wild, huh?

Museums – For such an outdoor-oriented city, there are actually a lot of museums in town. My recent favourite:

The thing is, the ideas above are just ones from off the top of my head–things I’d done or heard about. You probably know of quite a few cool things too. So between the collective minds of an interesting city, there’s really no excuse to spend the entire winter on your couch.